Johannes Geile was born in 1785 to Johannes Geils, who was a tailor in Amecke, and his mother is unknown at this time.

Anna Marie Jürgens was born to Anton Jürgens from Illingheim, and her mother is unknown at this time.

Johannes and Anna Marie would make thier home in Amecke, where his parents also lived.

Anna Marie was from Illingheim which is a Dorf (Village), Kreis (district, similar to U.S. counties) if Illingheim, which is dependent on Amecke.

Here is the Amecke city website (use chrome and it will translate the page).

Sorpesee is the name of the man-made lake. I wonder when it was made. Here is a Sorpesee Youtube video.

Johan and Anna Maria married on September 10, 1821, at the Roemisch-Katholische Church in Amecke, Germany. 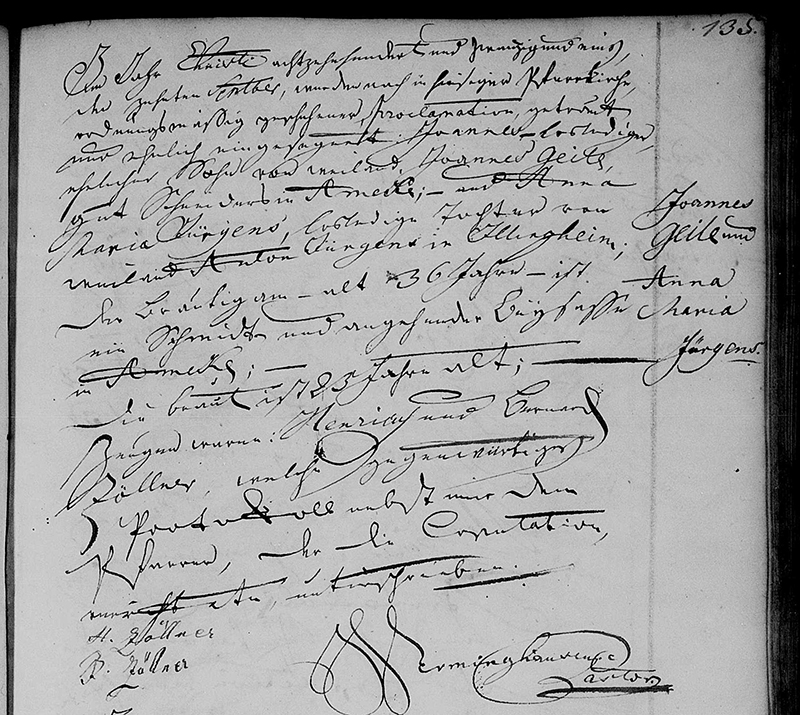 In the year of Christ 1821, the tenth September was here in the parish church after the orderly published banns married: Johannes (Joannes), legitimate son of the deceased Johannes Geils, tailor in Amecke and Anna Maria Jürgens, unmarried daughter of the deceased Anton Jürgens of Illingheim, the groom is 36 years old and is a smith and future resident in Amecke. The bride is 25 years old. Witnesses were Henricus and Berend Zöllner, who have this document together with the pastor, who did this marriage, signed. 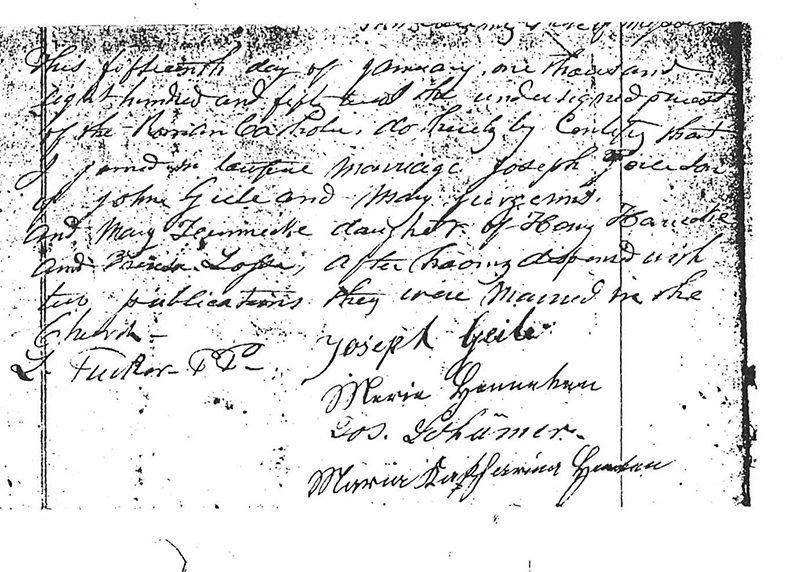 It is on their son Joe's marriage record that we first read their names, Johan Geile and Mary Joergens.

Johannes and Anna Maria would have 9 children.

Johannes and Anna Maria had a daughter, Josephine Geile, on July 2, 1822.

Johannes and Anna Maria had a daughter, Anna Maria Geile, on January 7, 1824.

Johannes and Anna Maria had a son, Friedericus Geile, on December 4, 1825.

Johannes and Anna Maria had a daughter, Anna Maria Geile, on August 31, 1832.

Johannes and Anna Maria had a son, Johan Friederich Geile, on May 6, 1835.

One day about September 2000, I was doing research on the Geiles standing in the cemetery at Silver Lake when a man walked up to me inquiring of my ancestors. He was excited to learn I descended from Joe Geile because he had photos of my family that he had inherited from an Aunt (or great Aunt) who was related to him by marriage, and who had no children. I took the photos home with me to copy. I paid $25 to have one of the photos professionally scanned, but at the time we did not have home scanners or cell phones, so I my only other resource was a copy machine. Click here for a 177 page pdf scan of these photocopies from my binder, which also include copies of handwritten notes. Some of the people I know who they are. However, I would love help to identify everyone.