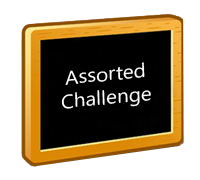 What is a storyboard?

Occasionally, while making ones way around the digital scrapbooking world, one will see reference to the word “storyboard.” However, the term seems a bit vague and one just passes over it. What is a storyboard?

A story board is something different to different hobbies.

First, videographers utilize a storyboard to preplan the story that they are to film. Storyboards are a series of panels of rough sketches detailing the sequence of major actions which define the plot and can be very detailed and lengthy to very simple. For those videographers that are artistic, the graphics can be very detailed. For those less artistic, the use of stick figures is sufficient. A storyboard could be created on index cards with a quick sketch on one side and notes beside the sketch (close-up, pan, fade to, etc.)

The easiest way to understand what a storyboard is to videographers is to visualize a comic book. Each panel of a comic tells the next part of the story. Cartoons on the television are actually a series of panels put together into a video to tell a story. Actually, you will see a storyboard in most video creating software programs. Frames of video or photographs or images are cut, spliced, and moved about on the storyboard within the software programs in order to create the story.

However, a storyboard to a photographer is something much different. Professional photographers create storyboards to share with their customers as a printed collage of the best photos in a photo shoot. These photos tell a story of a moment in time, rather than a story with a plot. For instance, a storyboard could be a sports team photo coupled with an individual photo, or a bride and groom coupled with some close up photos of the rings and flowers, or other groupings of wedding photos, or a series of senior photos to include a full length view and a close up view, or a series of baby photos in different positions. Storyboards to photographers are very simple collages and all about the beautiful photos.

This brings us to ask the question, “What is a storyboard to a scrapbooker?” Has it ever really been defined?

My first thought is that each and every multi-photo layout is actually a storyboard in and of itself, including a series of photos to tell a story. However, scrapbookers can draw from the way videographers and photographers use storyboards as inspiration for their own creations. The following are some ideas:

1. Utilize the color blocking skills as taught in my tutorial (Course 2, Lesson 29) to create blocks to fill a layout with photos from a photo shoot or family gathering. Often, these simple layouts will contain no journaling allowing the photos to tell the story.

2. Create a layout with a series of photos and utilize speech bubbles to create a comic book themed layout.

3. Journal first and utilize the journaling as a storyboard to choose matching photos.

4. Take a series of photos as quickly as your camera will snap and put them into a storyboard layout. For instance, take a photo of your toddler walking towards you and share three photos next to each other of the child slowly getting closer to you, or use five photos of your child shooting that all star basketball shot, or use 9 photos of your relative doing that crazy dance step. Create a layout whereby the subject is extracted from a series of shots showing movement and paste them across the page over an applicable background (i.e. golfer making a shot on a greens background).

5. Grab a notepad and preplan a hardbound book with coordinating  pages. For instance, make a series of layouts to tell the story of your wedding and upload them to Shutterfly to order a hardbound book of this special occasion. Jot down which photos will be utilized on which pages, as well as the simple text or quotes for each page.

Here are your images!