In the 1900 census, James William, age 4, is living with his Dad's brother (his uncle), Daniel Boone Wright, in Randolph Township of St. Francis County, Missouri. His father Nathaniel Thomas Wright is also living in the home. His siblings, John, Allee, and Jessie are also living in the home. Daniel Boone Wright is a farmer and Nathaniel T. Wright is a minor lead, as well as his son John who is age 20. 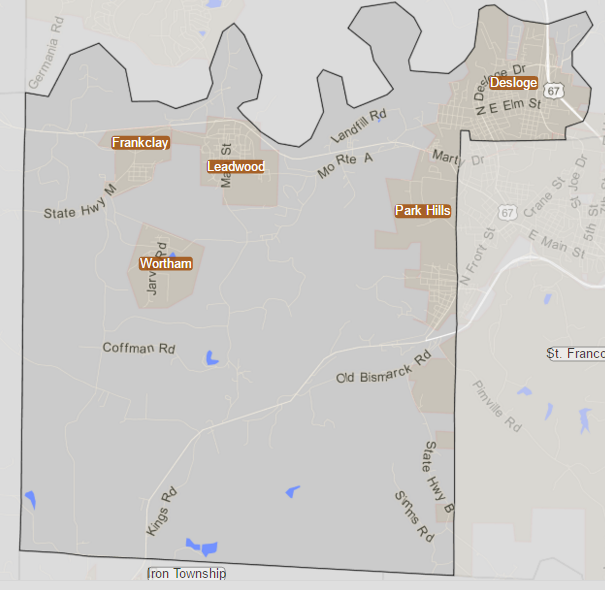 In the 1910 census, James William is living with his Dad's brother (his uncle), Daniel Boone Wright, at the age of 16 years, in Belleview, Washington County, Missouri. He is a farm laborer at home. His name is shown as "James W N" which confirms the "James William McKinly" name found on the World War 1 draft registration. Is McKinly a family name? Where are his parents? Have they passed away?

In the 1910 census, Lucille Jane Schnell, age 9, is living with her parents, Gilbert L. Schnell and Gennie R. Schnell, and siblings Nora M., Maurice E., and Joseph L. at 2819 Olive Street, St. Louis, Missouri. She goes by the name "Lucy."

(The house number 2819 is seen on the previous census page.) 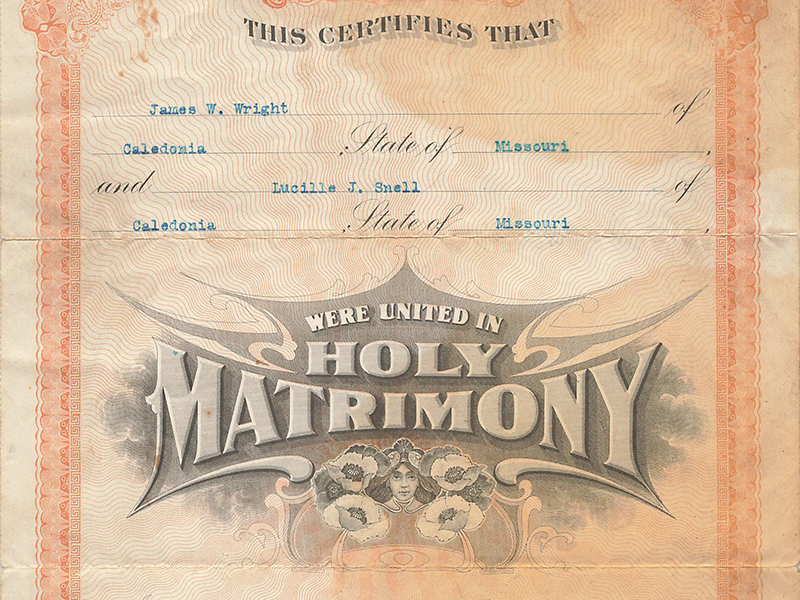 The original Marriage Certificate is interesting in that it has two witnesses, one being James's uncle Dan Wright. 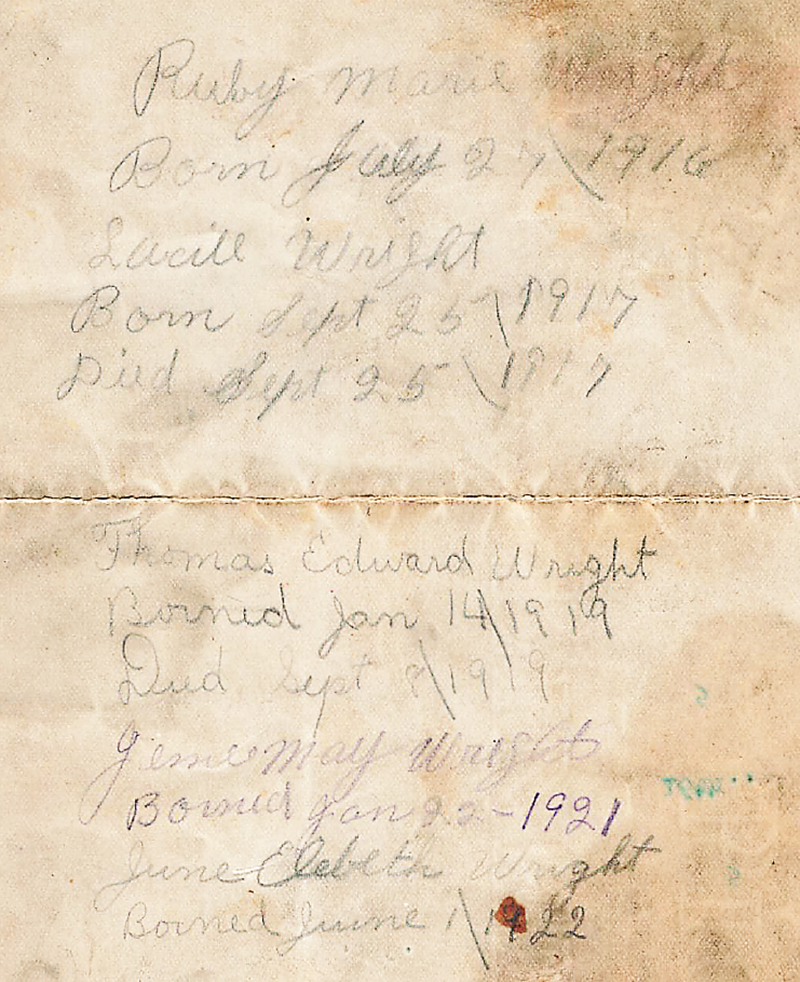 On the back of the original Marriage Certificate Lucille handwrote the names and birthdates of her children. There are deaths of two of her children. Without these notes, we may have never known about the two who in infancy.

World War 1 was from July 28, 1914 through November 11, 1918. I believe this is James's World War I Draft Registsration Card. It lists the correct birthdate, as well as a wife and one child. He gives a name of "James Wm McKinly Wright" and an address of 1916 Hickory, St. Louis, Missouri. It lists a birthplace of St. Genevieve County, Missouri. James is an unemployed general laborer. He has brown eyes and dark brown hair, medium height and weight. It is signed June 5, 1917. James was 21 years old. According to this newspaper article, James did serve in World War I, so he would have left his wife and one child to serve at the end of the war.

On September 25, 1917, James and Lucille have a second daughter, Lucille Wright, who dies the same day.

A fourth daughter is born to James and Lucille on June 1, 1922, June Elizabeth Wright. Jessie and June are 1 year, 4 months, 10 days apart in age. James is 26 years old and Lucille is 21 years old.

Note: need to locate the family in the 1930 census. (were the girls in the girls home?) 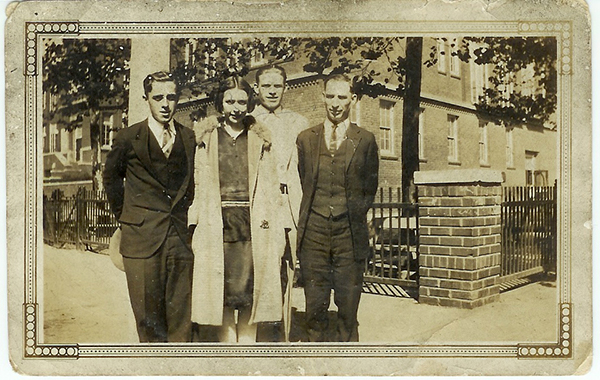 In 1937, James is returning from fighting in the Spanish Civil War in Madrid. Read the newspaper article. He is living with his daughter, Ruby, who is married as Ruby Maiden. This is the first indication that James and Lucille are breaking up because James does not return from the war to live with his wife and daughters. There is a family story that James was drunk, passed out, and got shanghaid (coerced or tricked, went unwillingly) out of St. Louis to Spain. Maybe his buddies in the communist loyalists group were responsible.

On Febuary 3, 1938, their oldest daughter, Ruby M. (Wright) Maiden passed away at the age of 21 years. She is buried at New Saint Marcus Cemetery and Mausoleum in Affton, Missouri. Ruby died of appendicitis. Her husband, Dorrell Maiden, was away from the home. She was home alone with the baby, her son Dorrell Gene Maiden (age 2 years, 4 months, 4 days). Lucille, Jessie Mae, and June had not heard from her in a couple days, so they went over to see how she was doing and found her dead. Gene was in the cradle and his diapers were frozen to his bottom. It was cold, being February, and he had been alone for several days. Ruby lived at 3333 Lemp Ave, St. Louis, Missouri, by the old Lemp Brewery. Anheuser Busch bought it out and closed it down. Jessie Mae and her family lived nearby on Lynch Street. Dorrell came home and right after the funeral he left. Gene was raised between Jessie Mae, June, Lucille.

In the 1940 census, James is living alone, renting for $10 a month, at 1810 Rutger Street, St. Louis, Missouri, at the age of 44. His occupation is a salesman in the furniture industry working 40 hours a week. He worked 32 weeks in 1939 with an income of $875. James is listed as having a 4th grade education. The census indicates James is married.

During the same 1940 census, Lucille is living as the head of the at 2208 South 11th Street, St. Louis Missouri, at the age of 39. Her daughter June is age 17, living at home. Her daughter Ruby's widowed husband, Dorrell Maiden, is also living with the family at the age of 25. Sherman Treadway is a boarder at the age of 42. Therefore, Lucille and Sherman were living together before they married. Like James, Lucille is listed as married. Sherman is listed as divorced. Lucille's occupation is starching in the laundry service industry working 45 hours per week (50 weeks in 1939 earning $670). June's occupation is curtain finisher in the laundry service industry working 34 hours a week (13 weeks in 1939 earning $143). Did they work at the same place? Dorrell's occupation is a compistor in the printing industry working 40 hours a week (12 weeks in 1939 earning $316 with another source of income). Sherman is a frieght handler working in the wholesale grocery industry (52 weeks in 1939 earning $988). Lucille is listed as having a 6th grade education and June as having an 8th grade education.

James William Wright passed away on May 11, 1944, at 5:47 a.m., at the age of 48 years, 1 month, and 16 days. His death certificate indicates he died in St. Louis at 1133 South 10th Street, having lived in the community 27 years (about 1917). He died of coronary occlusion, coronary sclerosis, and cardiac hypertrophy (Chester told me that he "found Jesus, quit drinking cold turkey, and died"). His social security number is 489-12-5039. Lucille is 44 years old. His birthplace is Flat River, Missouri. His occupation is a peddler (my Grandpa Wilson Rutledge told me he remembered him being a door-to-door salesman.) His father's name is Tom Wright and his mother's name is Bell Edwerds (misspelled?). The informant was is daughter, June (Wright) Kramer, 3333 Lemp, St. Louis, Missouri. He was buried on May 13, 1944, at New Saint Marcus Cemetery and Mausoleum, 7901 Gravois Road, Affton, Missouri, (McLaughlin Funeral Home, 2301 Lafayette, Affton, Missouri).

When June's husband Bob Kremer died, Ruby's first husband, Dorrell Maiden, reappeared out of no where, and started dating June and they got married on November 29, 1970, which caused Jessie Mae to stop talking to her sister June.

Lucille always had a fond memory of Iron County, Caledonia and Pilot Knob, where she had resided several times in her life. Her parents and family were from that area and it seemed every time she moved away to St. Louis, she was drawn back to live at home in Iron County. (I love to travel there and visit. There is just something about the valley and the mountains that draws me in too.) 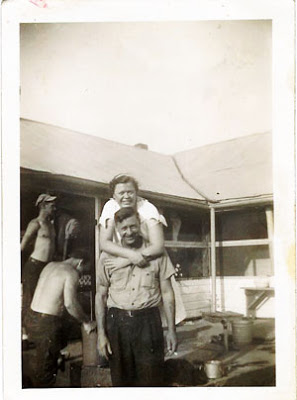 Nearing the retirement of her second husband, Sherman Treadway, they purchased the home in Pilot Knob at 211 Ziegler Street, but kept an apartment in St. Louis.

After Sherman's retirement, she lived in Pilot Knob until unable to care for herself. she moved back to St. Louis and lived with her daughter, Jessie Mae Rutledge, for many years until shortly before her death, when she moved to the Missouri Baptist Home in Ironton on November 28, 1983.

Chester and Edna Douglas remember that Lucille worked at one time at the Missouri Baptist Home. Lucille's records at the Baptist Home indicate that she was converted at the age of 26 years, probably while married to James, and gives her occupation as nurse aid. (It also notes that she will probably be buried in Edison Cemetery, Belleview, Missouri, but that is scratched out and instructions for the White Funeral Home were added.)

On June 24, 1984, having outlived two husbands and five children, Lucille passed away at the age of 83 years. She is buried at the Missouri Baptist Home, Ironton, Iron County, Missouri, where she had been living.