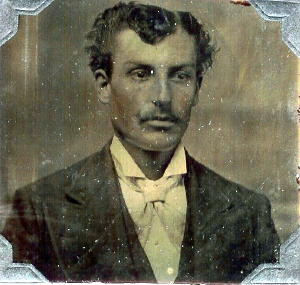 The date of Mary's Mother's death is not known, but I believe she may have died in child birth. Mary's Father remarried to Elizabeth Garrett on February 19, 1858, when she was only two years old, in Crawford County, Missouri. Crawford County is not far from Rock Springs where they were living in the 1860 census. Rock Springs is about 15 miles from Sullivan, which is partly in Crawford County.

In the 1860 Census, Missouri, Washington County, Johnson Township, Rock Springs Post Office, Mary is 13 years old (should be 11) living with her Father, Richard Marshall (45,) and her step-mother, Elizabeth Marshall (40) in Nancy Blanton's home. See the location on Rock Springs on her Father's page.

In 1862, Mary's Father murdered another man (when Mary is 13 years old). Richard was to be hung on July 9, 1864, but his sentence was commuted to life in prison. Later he was pardoned in exchange for enlisting in the Civil War.

In 1867, Mary's father and step-mom give her a half-brother, Richard Henry Marshall, in Crawford County, Missouri, which gives an indication of where she may have been living at the time. The same year, 1867, when Mary was 18 years of age, her Father was murdered

Where are Andrew and Mary in the 1870 census? Mary would have been 21 years old.

Andrew (31) and Mary (30) were married on December 11, 1879 in Lasalle County, Illinois (He living in Ottawa, she living in Peru). Why was Mary living so far from her home in Washington County, Missouri? 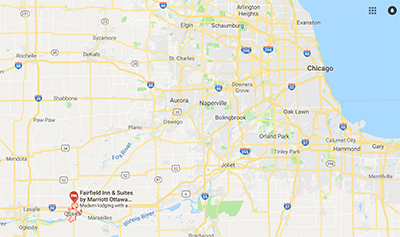 Andrew and Mary have a daughter, Mary Rubina Mae Wright, on June 15, 1888. in St. Louis, Missouri. The City of St. Louis birth records were well kept.

When did Andrew Jackson Wright die? It was between 1888 and 1900. I am assuming it was in St. Louis. My GEDCOM says January 1888, but I do not know where that information came from, so I will look for the source. If so, he died before Rubina was born.

In the 1900 Census, Missouri, St Louis (Independent City), St Louis Ward 15, District 0237, at 921 North 20th Street, Mary (51) is a widow, living with her daughter, Rubina Wright (11). Mary's birthdate is shown as March 1849. She has had 3 children and 2 are living. She is born in Missouri and her parents are born in Missouri. There is a border in the house named James Green (54) who has been married 21 years, born in Illniois. Where is his wife? Did Mary know him from living in Illinois? Is he a possible relative of Andrew being close in age? Son, Joseph Albert Wright would have been 18 years old, and most likely an inmate at the Missouri Reform School for Boys.

In 1908, her son Joseph escapes from prison.

In the 1910 Census, Illinois, Saint Clair County, East St Louis, Ward 6, District 0129, Mary (61) is living on College Avenue, in East St. Louis. She is widowed. Her occupation is "own income" and she is renting a house. Her daughter Rubina (21) is living with her working as a stenographer in a shoe company. We might assume that Rubina was supporting both of them. She is using the name "Wright" and not "Grimes." When did William Grimes die?

Mary died December 15, 1918 in Desloge, Missouri. Mary Lucinda Marshall Wright Grimes' death certificate. Her daughter, Rubina Mae Wright Rutledge (Mrs. James W. Rutledge) was the informant. She was visiting her daughter in DeSoto when she died, but she was from St. Louis. Mary was 69 years, 9 months, and 17 days old. Mary died during the Spanish Flu epidemic. She is buried at the IOOF (Independent Order of Oddfellows) Cemetery in Desloge, Missouri.

In 1919, Mary's son Joseph disappears and is never seen again.

Andrew and Mary's son, Joseph Albert Wright, disappeared in 1919 after her death.

It seems to me that Mary Lucinda Marshall Wright Grimes had a had life. It seems her Mom died at her birth, or at least before she was age 2, so she never was able to know her mother. When Mary Lucinda was 13 years old, her Dad murdered another man and the trial lasted a few years. He was in jail for a period of time until he was pardened to join the civil war, which ended in 1865, but it seems he stayed on with the military until he was murdered in 1867. Mary Lucinda was without her Mom or Dad at the age of 18 years, although she did have a step-mom who most likely raised her. Not much is known until Mary Lucinda marries at the age of 30. Her first child dies at the age of 3 days. Her second child would also become a murderer. Her husband died when she was 4 months pregnant with her third child. She would raise her son and daughter by herself. Her son is in the Missouri Reform School for Boys at the age of 18 and imprisoned at the age of 21. He would escape from prison and disappear forever. Mary outlived her second husband as well. Mary died in the Spanish Flu epidemic.