John Ranial Wright was born about 1825 in Kentucky. The obituary of his son James William Wright mentions his middle name as "Randall," however, his son Thomas names his son after his Grandfather and his middle name is "Ranial." I believe Randall is an anglicized version of Ranial.

Aley (or Allie or Alee or Aly) Melvina Shumake (or Shoemaker) was born December 18, 1827, in French Village, St. Francois County, Missouri. Aley's name is spelled many different ways in various documents. However, Thomas names his daughter after her Grandma and the spelling used is Aley. Her last name is Shoemaker in her son James William's obituary.

In the 1850 Census, Ste. Genevieve County, Union Township, John is age 25 living with a William Sebastian family as a laborer. He is born in Kentucky and his age puts him born about 1825. The Sebastian family is as follows: Williams (age 31), Julia (age 28), James (age 9), Nathaniel (age 6), Harriett A (age 3). I wonder if he is related to the family, such as Julia could be his sister at 3 years older. Also, I find it curious that John's children have the same names (Nathaniel & James). Note that this census is the same year as his marriage. 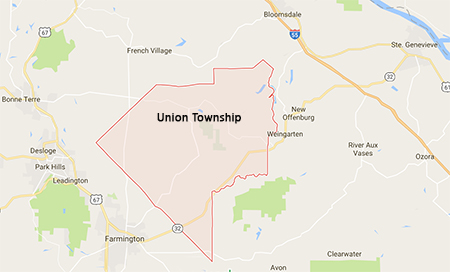 On June 20, 1858, John and Alley have a son, Daniel Boone Wright. John was about 33 years old and Aly was 30 years old. It is my belief that the Jason B. Wright in the 1860 and 1870 census is Daniel Boone Wright. It is possible that he changed his name before the age of 20 in the 1880 census. I can find no "Daniel" in the census with this age and this name is missing from the family in the census, which indicates that rather than Jason and Daniel being twins, they are one in the same. 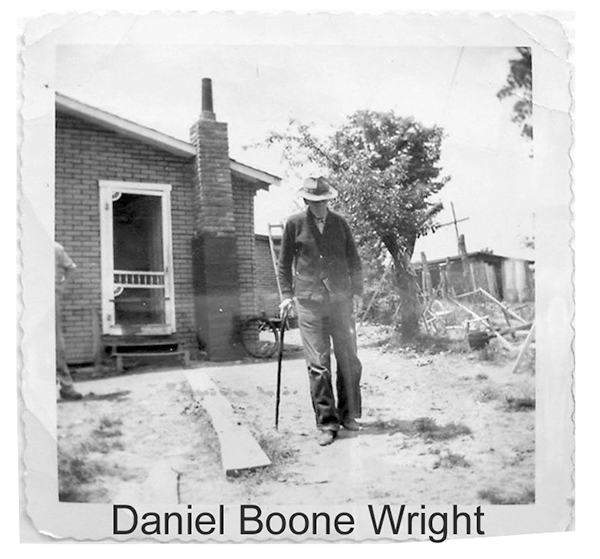 Daniel married Carrie E. Hartzell on January 23, 1887, in Bonne Terre, St. Francois County by Nathan Johnson. He had 6 children. He was 53 years old when his last child was born. He worked at the Bonne Terre Mine. When civil war was over, Daniel and his parents watched soldiers go by on their way home and one of them stepped out of ranks and put a pistil in Daniel's belt. Daniel died May 13, 1951, at the age of 94 years and is buried in Nelson Cemetery, Banner, Iron County, Missouri .

He lived with daughter Cora Wright Douglas in older age. Cora married Quinton Alexander Douglas. Quinton is the son of William Bevin Douglas and Margaret Harbison, my third Great-Grandparents. Therefore, Cora and Quinton's children are doubly related to me. I met with their son Chester Douglas many times and he provided me information on the Wrights which greatly helped me get started on this research. 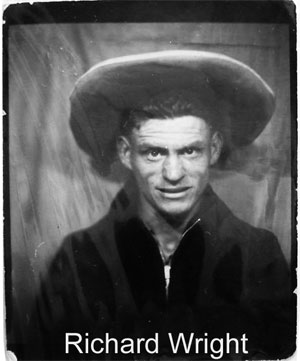 Cora's brother was Richard Wright and this is a photo of him provided by Chester. I liked having it to see the family resemblance.

On the State Historical Society page we read about punjaub, "Place name: Lawrenceton-A small town in the southern part of Jackson Township, whose post office was established in 1886 and discontinued after 1941. Named for Henry Lawrence, who had done much in the development of the settlement; he had a flour mill; a store, from which mail was delivered; and a farm there. The settlement was formerly known as Punjaub, which was a post office from 1867-1876. The reason for the adoption of this name of a district of India could not be discovered. It was probably taken over from the Punjaub Mining Company of Ste. Genevieve County, which was incorporated on May 13, 1865 (LAND RECORDS OF STE. GENEVIEVE COUNTY, Book Q, pp. 546-547). Some have tried to explain it as for "pond job," because of the dam built there for a water power mill, which gave employment to many men,--a very far-fetched and unlikely conjecture." My first thought is that the dates are incorrect because we see the name of Punjaub here in the 1860 census (before 1867). Ste. Genevieve Net page gives more information about this location, "As the early settlers came through the region northwest of Ste. Genevieve on their way to the mining region near Bonne Terre, MO, they often passed through the small beautiful valley west of Bloomsdale.  The beauty of this place, nestled between two small hills, inspired one traveler to remark about how much it resembled the beautiful region of Punjaub, India, and thus, the official name of Punjaub was given to the village, which became an important trading center in the late 1860’s and early 1870’s." Note: Can records be found at St. Lawrence Church? 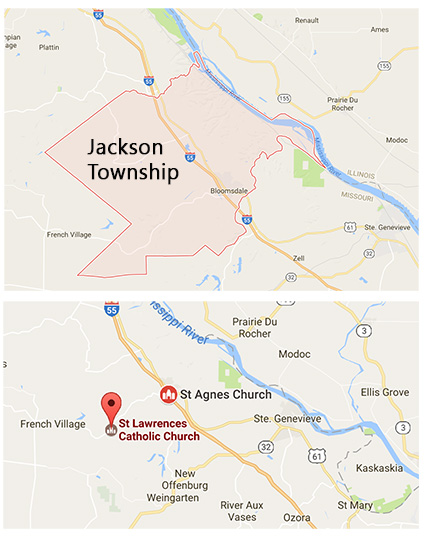 When did John Wright die? He is not present in the 1870 census, which would indicate he died between 1862 and 1870. In the 1900 census, Aley is marked as widowed, so he certainly died before this time.

In the July 1, 1870, Marion Township, St. Francois County, Missouri census, post office Farmington, Aley is listed as "Alice Wright" at the age of 42, with her sons, Nathaniel T. (age 14), Jason B. (age 12), and James W. (age 6.) Nathaniel T. and Jason B (Daniel) are farm hands. It would seem that their father, John, has passed away by 1870 and the young sons are earning a living for the family. Nathaniel T. is marked as unable to write and Jason B. (Daniel) is marked as unable to read and write. It is noted that the family has moved, possibly due to the death of John.

In the June 3, 1880, Marion Township, St. Francois County, Missouri census, Aley is living with her son Thomas as "Ala M. Wright" at the age of 51, at dwelling 21. Thomas is 24, his wife Martha J. is 24, and they have a 7 month old son (born Dec.) named after his grandfather, John R. Wright. Thomas is farming and he and his mother are born in Missouri, and his father is born in Kentucky. Aley's son, Daniel Boone Wright, is living next door (dwelling 20) as a farm hand with the John T. Mostiler (age 25) family.

On the June 4, 1900, Randolph Township, St. Francois County, District 0096 census, Alee M. is 72 years old, born Dec 1827, and living in her son Daniel Boone's home. She is widowed, having given birth to 6, with 3 living. Her son Nathaniel Thomas is also living in the home with his children. Her son James William is living with his wife Malinda and children also in Randolph Township, living in Desloge. Daniel's (age 41) house is quiet full, including his wife Clara (age 32), his daughter Stella M. (age 2), his mother Alee M. (age 72), his brother Nathaniel T. (age 44), his nephew John R. (age 20), his niece Alee M. (age 10), his niece Jessie (age 6), and his nephew James Wm (age 4), and two boarders, Claud Laparte (age 17) and Frank Triplett (age 18). I wonder how big the house to fit 11 people. Aley's father was born in Virginia and her mother in Kentucky. Her occupation is "Weaver Rug Carpet" and she has not been employed for six months. She can read, write, and speak english. It is interest that Daniel's father is born in Kentucky and his mother in Missouri, but Nathaniel T's are reversed, an obvious error. Daniel has been married 13 years and Nathaniel T has been married 3, but where is Nathaniel T's wife if he is still married? Daniel is a farmer and the home they live in is a rented farm. Nathaniel T. and his son John R. are lead miners, as well as the two boarders. Nathaniel T. was not employed 3 months.

Note: I have seen an indication of a possible John Wright who died on November 1, 1879, at the age of 55. John Wright's death record indicates he died at "S E Cor 8th & Pine, St. Louis, Missouri" of "abcess of liver." The birth date of this John Wright would be 1824, which is close to the "about 1825." What reason would he have to be in St. Louis? The cemetery appears to be "Fairbault Minn." There is a Faribault, Minnesota.