When he was only 8 months, 14 days old, Edgar's mother, Emma May, died on April 8, 1895. James Polk Taylor and Martha Susan (Matlock) Taylor took in Edgar after His mother died and his father could not take care of him. Edgar's older sister Eva Jane continued to live with her father, Harry Milton Rutledge. Edgar would take on the Taylor name and become known as Edgar Rutledge Taylor. It is believe he legally changed his name to Taylor in his early teens.

In the 1900 census Missouri, Randolph County, Salt Spring, District 0137, Edgar "Taylor" is 5 years old living with James P. Taylor and his wife Martha. He is listed as their son. 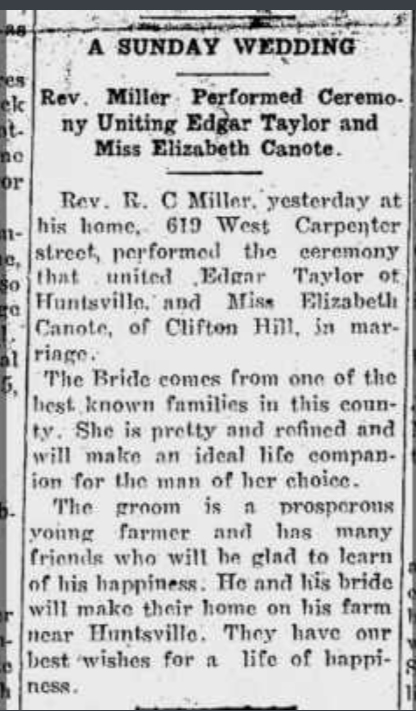 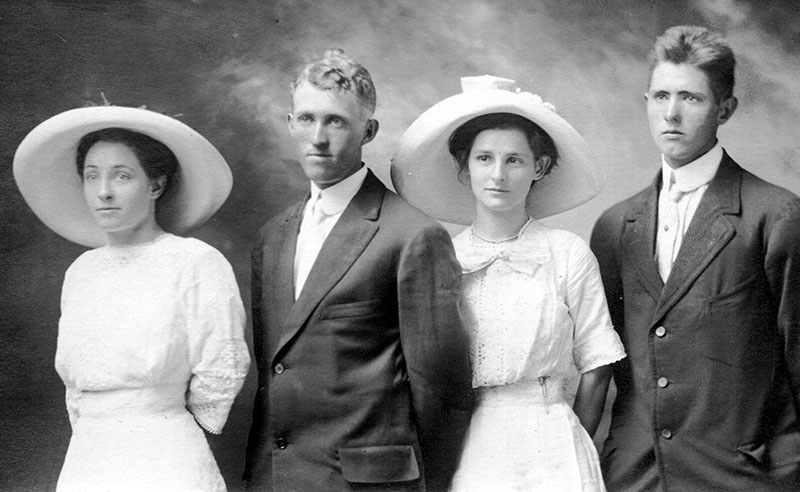 On April 23, 1914, Edgar and Elizabeth have a daughter, Nadine Frances Taylor.

On June 15, 1916, Edgar and Elizabeth have a daughter, Martha Helen Taylor.

On March 26, 1919, Edgar and Elizabeth have a daughter, Edna Louise Taylor.

In the 1920 census Missouri, Chariton, Salisbury District, 0041 Edgar R. Taylor is 25 years old and rents his home. His father was born in Illinois and his mother was born in Missouri. Also in the home are his wife Elizabeth (26), daughters Nadine F. Taylor (5), Martha H. Taylor (3), and Edna L. Taylor (3).

On January 18, 1922, Edgar and Elizabeth have a son, Howard Leslie Taylor.

On January 14, 1927, Edgar and Elizabeth have a daughter, Mildred May Taylor.

On November 20, 1932, Edgar and Elizabeth have a son, James Marvin Taylor.

Edgar's obituary in the Moberly Monitor-Index on March 27, 1962.