Frances Skaggs was born about 1810 in Missouri to James Skaggs and Frances "Fanny" Beeler. James and Frances were 20 years apart in age. They would have 10 children. James Skaggs, Father of Frances, would die in 2011 when she was 1 year old and before her brother Hiram was born. The family had only recently moved to Missouri when Frances was born.

When did James travel to Missouri? Did he come with his parents?

James and Frances married about 1825. ( a guess before first child? Need documentation.
Frances's alleged sister, Nancy, is married in Franklin County, Missouri on 17 Apr 1826. This is a clue the family may have lived there. In 1850 & 1860, the alleged sister Nancy is living in Cuba post office, Benton, Crawford, Missouri.
The alleged brother Hiram moves to Clarke County, Mississippi. It is interesting that many of his children have the same names. Also, it is interesting that James and Frances Rutledge's first child below is named Hiram.
The alleged father James Skaggs dies in Jefferson County, Missouri
DNA match line goes to Illinois and that is where Frances's Mom Fanny is alleged to have died. Is it possible that they were married in Illinois?)

Their first son, Hiram Rutledge, was born on August 28, 1827. James was 37 years old and Frances was 17 years old. (what is the source of this information?) 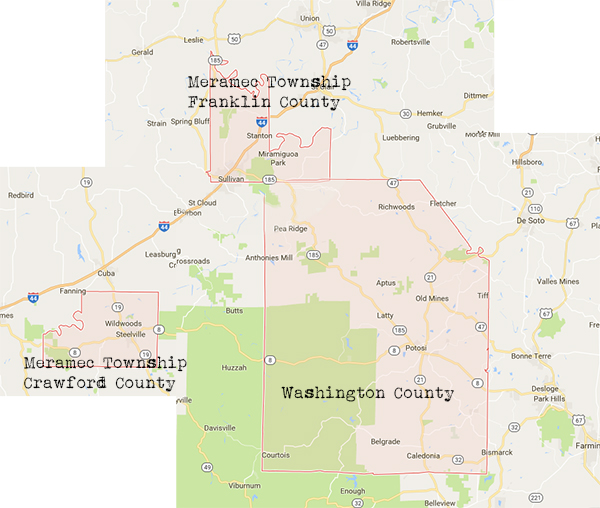 Their sixth and seventh children, fourth and fifth sons, were twins who were born and died on August 17, 1840. (what is the source of their birth at Shibboleth, Washington County, Missouri?) 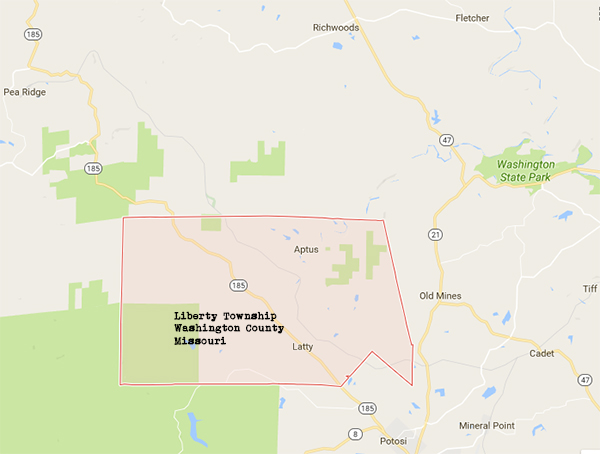 The 1840 Census in Liberty Township, Washington County (and page 2), lists:

[1]Persons Employed in Manufacture and Trade

What did James manufacture or trade? Beavers, buffalo, and fox pelts were all the rage when James was living. In St. Louis was the American Fur Company trading post from 1808 to 1849. In 1817 law excluding all foreign fur traders from American soil.

In the August 17, 1860 census in Liberty Township, Washington County, Frances, called "Franny," is living with her son George, at the age of years. Also in the home are her daughter-in-law Rose and three grandsons, James, George, and Stephen. 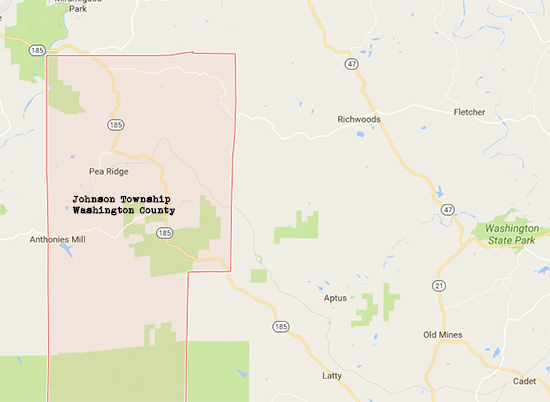 [Berryman was oiginally called Osage, founded in the 1830s. The present name is after John Berryman, the acquaintance of an early settler. A post office named Osage was established in 1836, the name was changed to Berryman in 1886, and the post office closed in 1986. It is located along Route 8, it lies in the Mark Twain National Forest about sixteen miles west of Potosi. Wikipedia] However, Berryman is not in Johnson Township, but rather slightly south. The farm could have been in Johnson Township, but they used the Osage/Berryman post office.

Frances died November 10, 1883, in Richwoods and was buried November 11, 1883, at the age of 73 years. The death information listed on the Secretary of State's website indicates her nationality as German and her cause of death was "partial paralysis" for a period of one month.

Note: My Grandpa said that his ancestors came from a large home in Wheeling, West Virginia. His family has taken him there to see the plantation at some point in his life. Where does this Wheeling WV come into the picture?