On June 21, 2017, we headed out for an impromptu camp with no reservations after work. It was getting dark after the hour and a half drive to Van Buren and we found Big Springs State park closed due to the recent flooding and damage. We asked at the local store and was directed to Big Springs RV Camp, which was also heavily damaged and close, but they were gracious enough to let us set up our tent along the river as long as we ignored the flood damage and stayed a safe distance from it. This allowed us to get some photos of the flood damage. We traveled to Big Springs the next day which was open for visitors and was able to see a little of the damage there as well. I put some of the photos into this slideshow for you.

This videos was recorded by my Grandpa and his second wife Mary.

Big Springs is near VanBuren, Missouri and is certainly a sight that seems like one of the great wonders of the world.

On June 21, 2017, as read above, we drove to Van Buren after work without camping reservations. We usually have no problem getting a camping spot at the last minute. Everyone who has driven Highway 60 west at sunset knows how fabulous the sunsets are along the drive. I took some photos through the windshield which was bug splattered, so the photos are not that good, but you get the idea. Sometimes I plan to drive this stretch at sunset just to get to see this view.

The people at Big Springs RV Camp were gracious enough to let us stay even though the place was closed due to the flooding. We had a bathroom and a nice patch of grass next to the river, so we were thankful. I put other flood damage photos in the slideshow above, but this is the most remarkable one to me that stood out, being a small cabin from who knows where that had floated down river and landed right here. 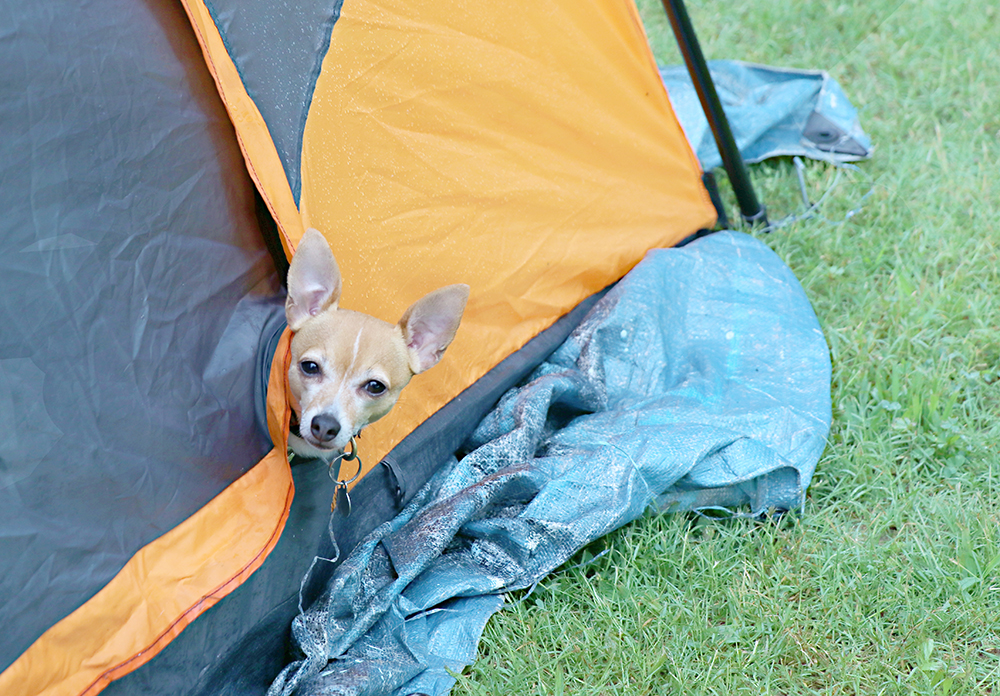 Ms. Tizzy always does this if we leave her in the tent while we are setting up. She pushes through the zipper and pokes her head out and it is just too cute. 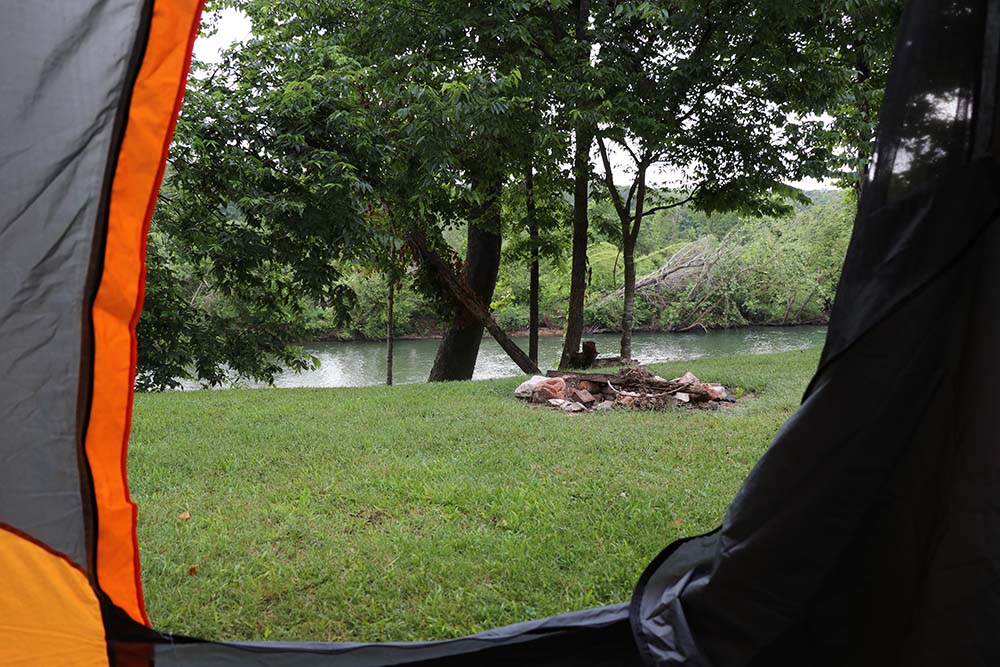 This is our campsite at Big Springs RV Camp. It was actually very nice. You can see a few trees toppled over by the flooding on the other side of the river.

Here is some of the damage that we saw at Big Springs State Park due to the flooding.

On the drive in there were many scenes such as this one with trees uprooted and toppled over by the force of the flood water. 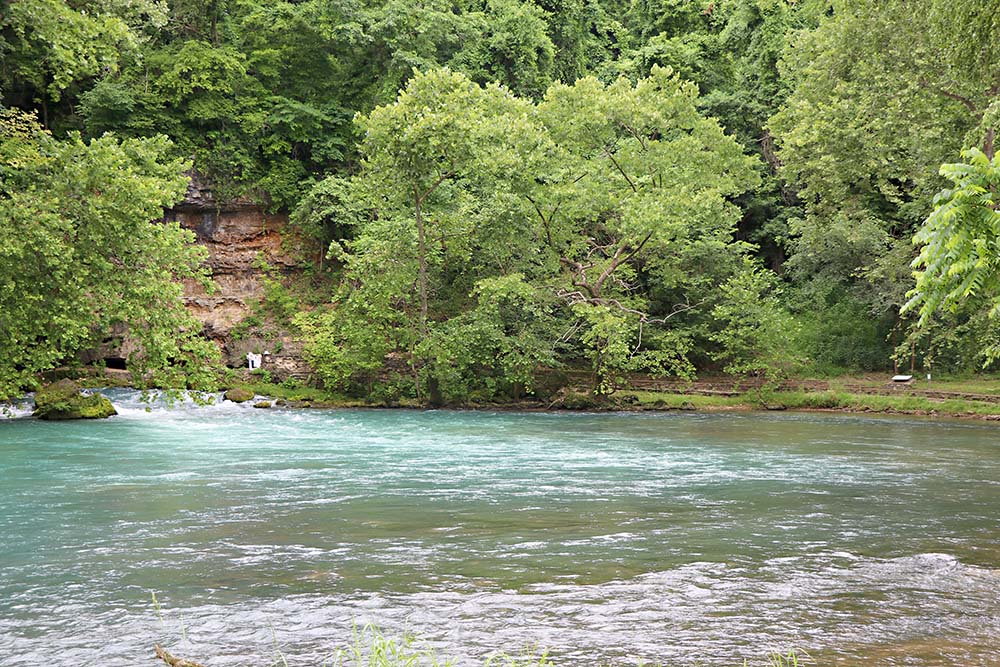 Here are some beautiful scenes of Big Springs. You can see in front of the cave is a do-not-go-here warning barrier because due to the flooding and the high level of water it was not safe. 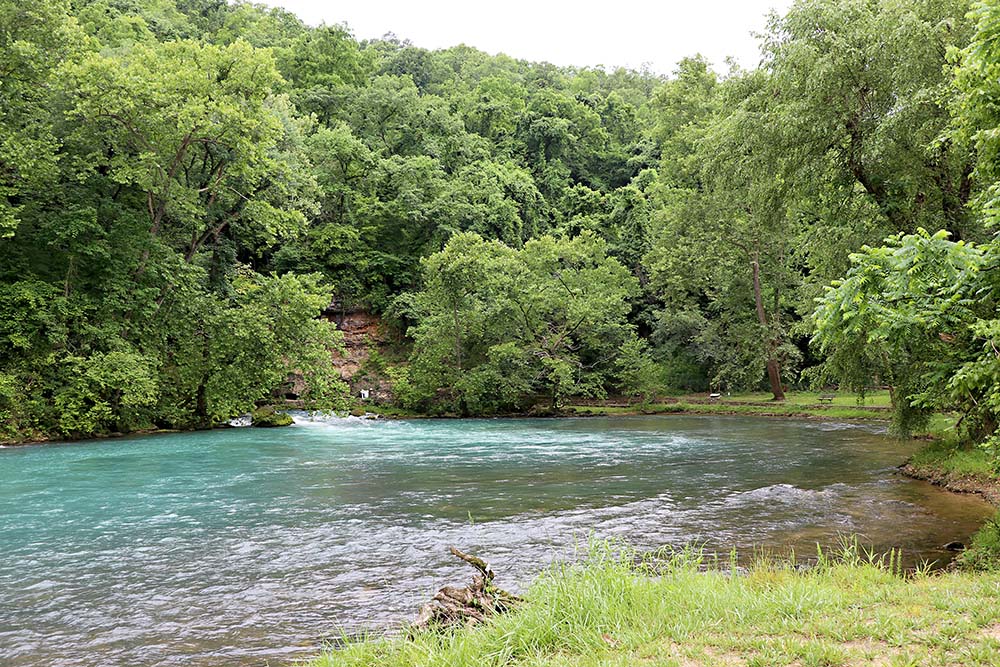 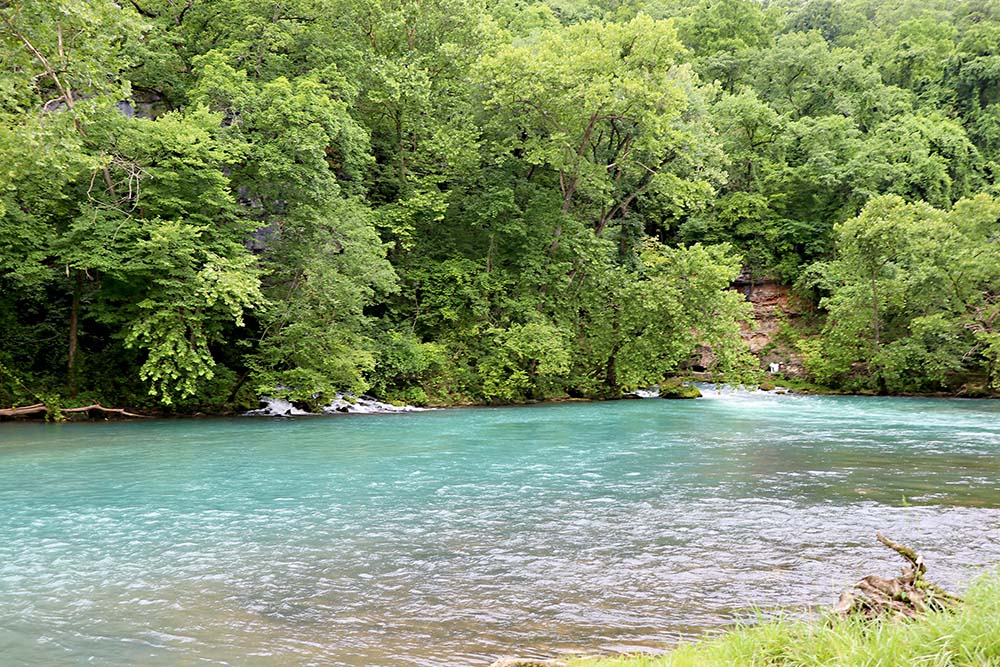 In this photo you can see that the water flow is so strong that there is also water flowing out to the left of the main area. I had never seen it flowing like this in the second place. 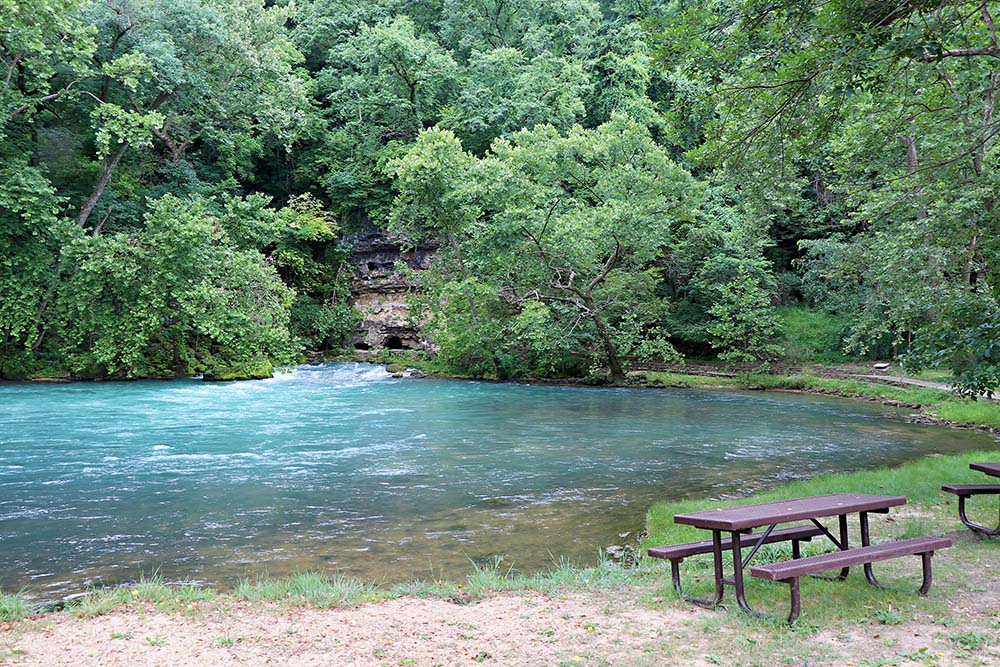 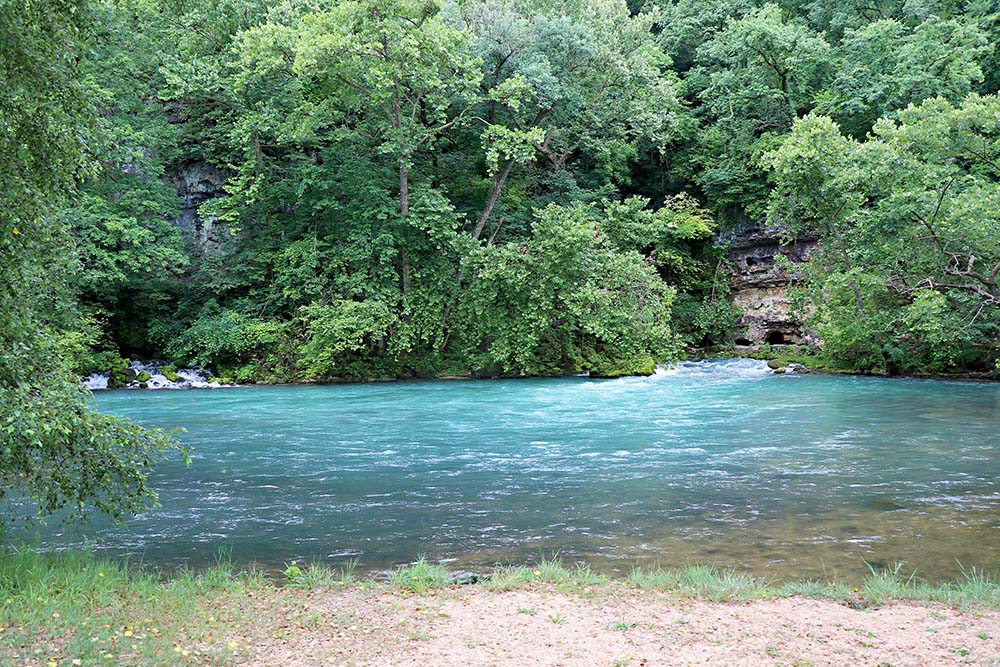 Here again you can see the two locations of water flowing. 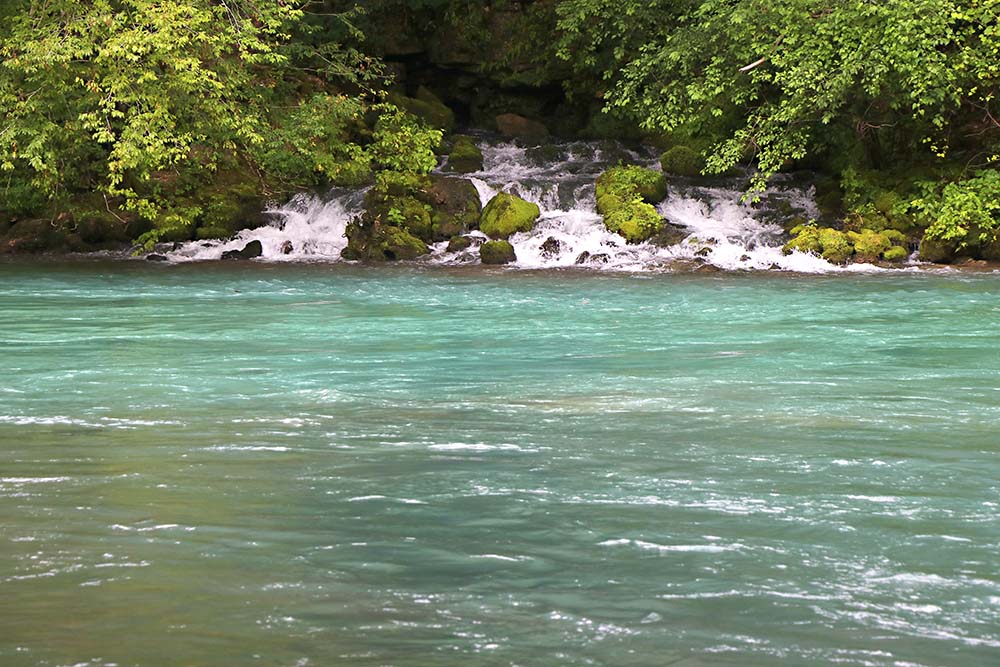 This is the second one to the left. It is just totally lovely! 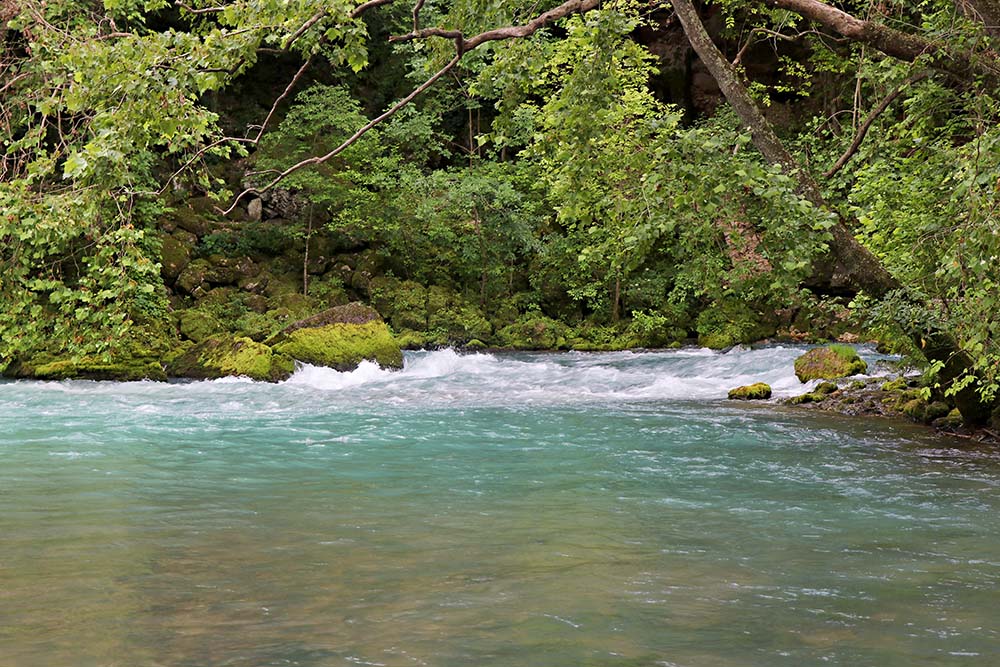 This is the main area from the cave site as it flows into the river. 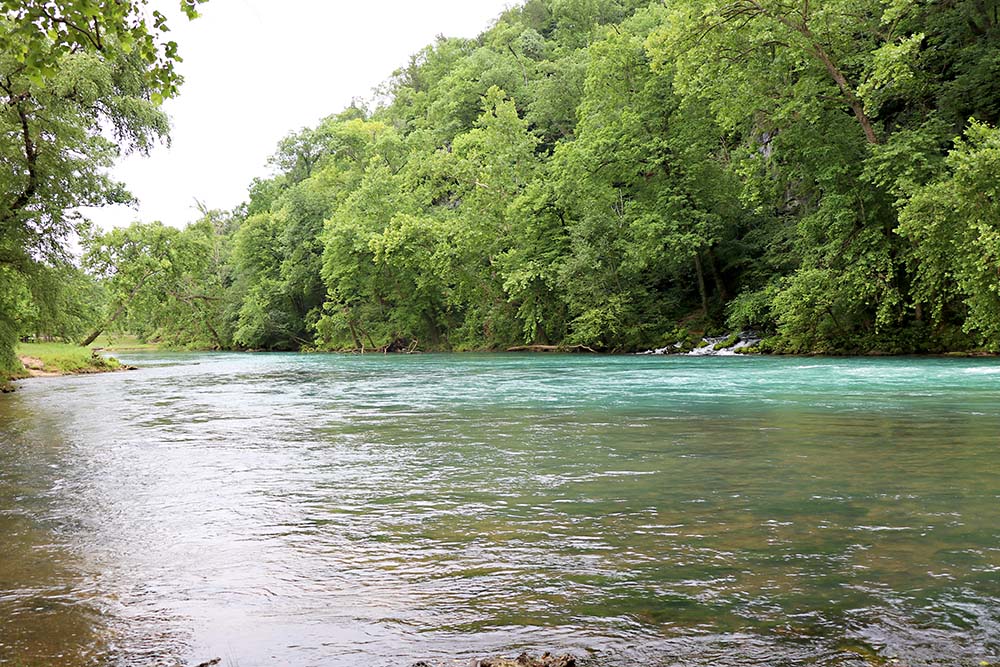 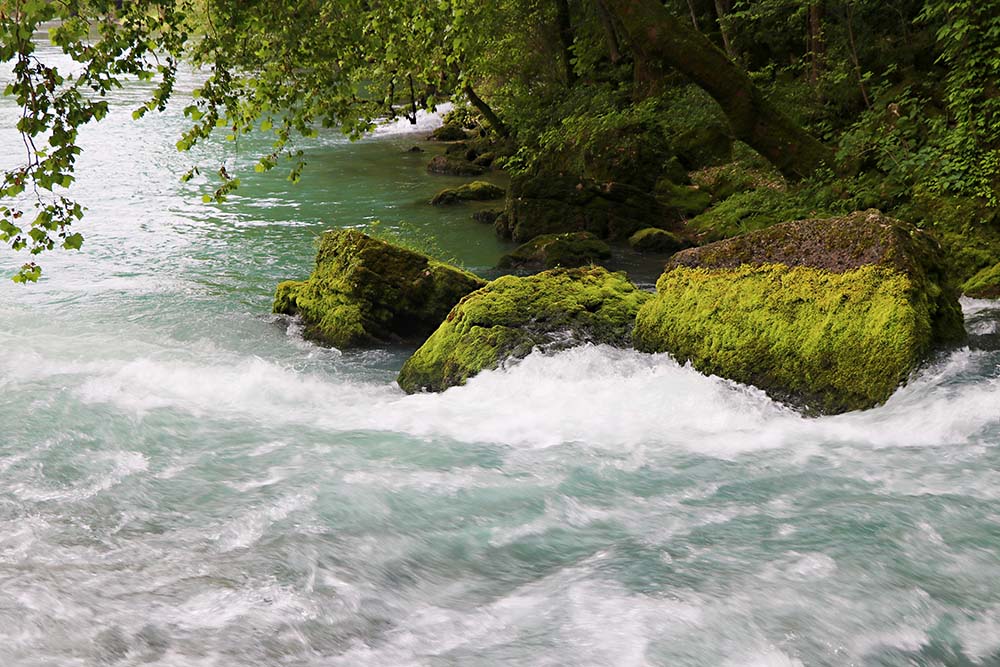 This is taken not far from the barrier and cave, as far as we were allowed to go. This is where everyone takes photos from and it is such an amazing place to visit. 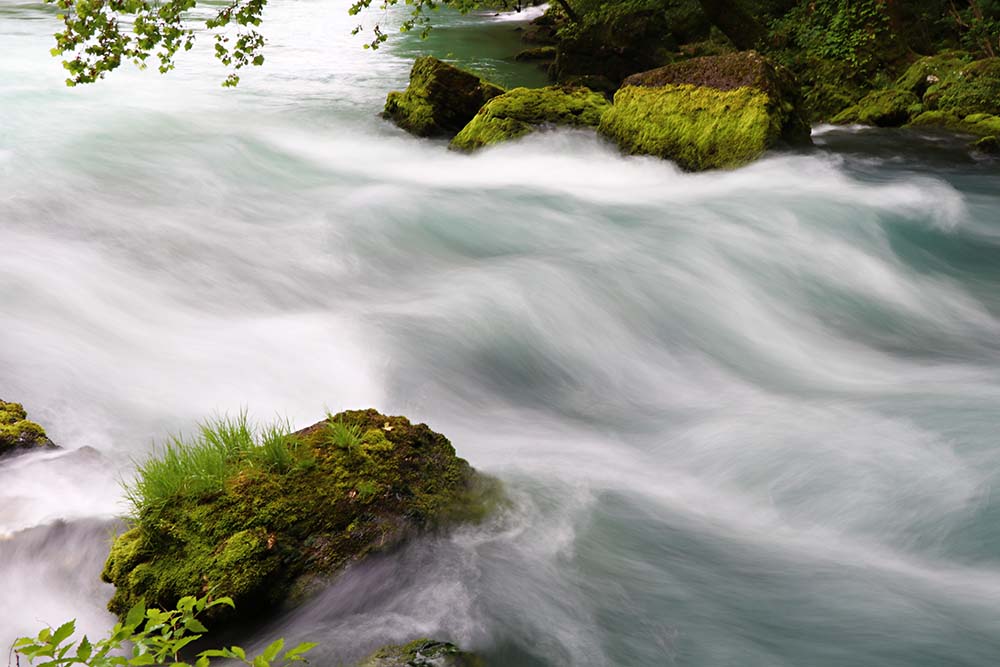 Here I am playing with slow shutter speed. You can see the grass on the rock is still sharp, so I must have had a steady hand. 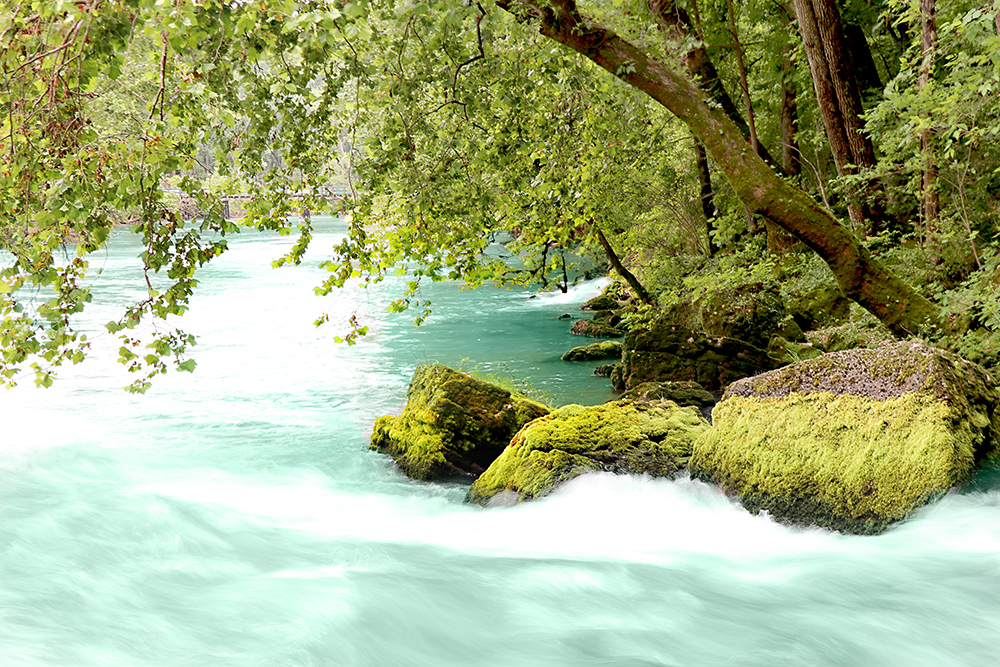 This one was processed in 2017 and the colors are amazing. 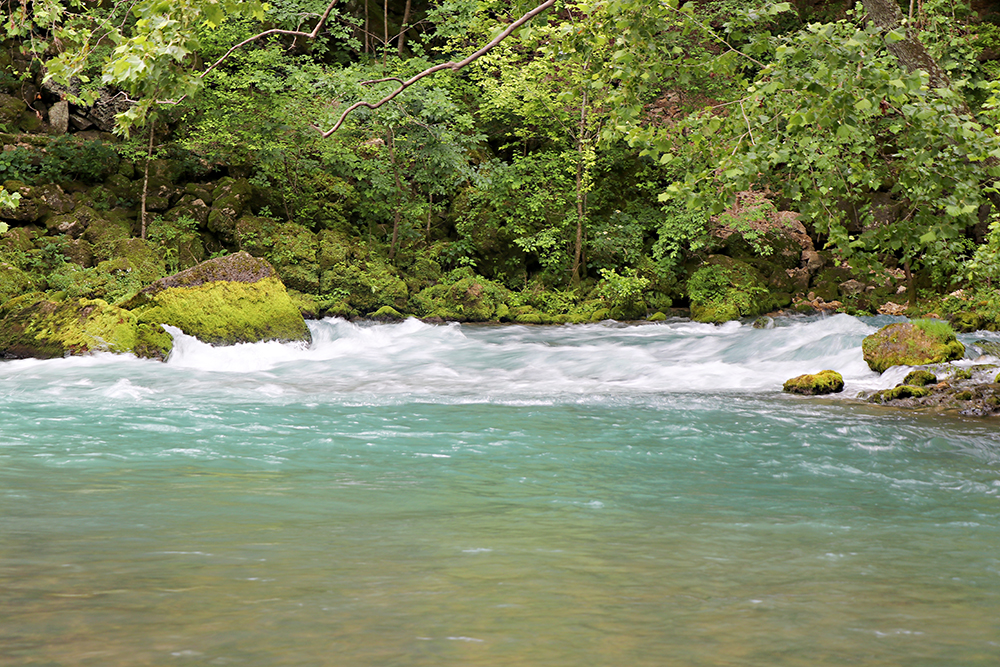 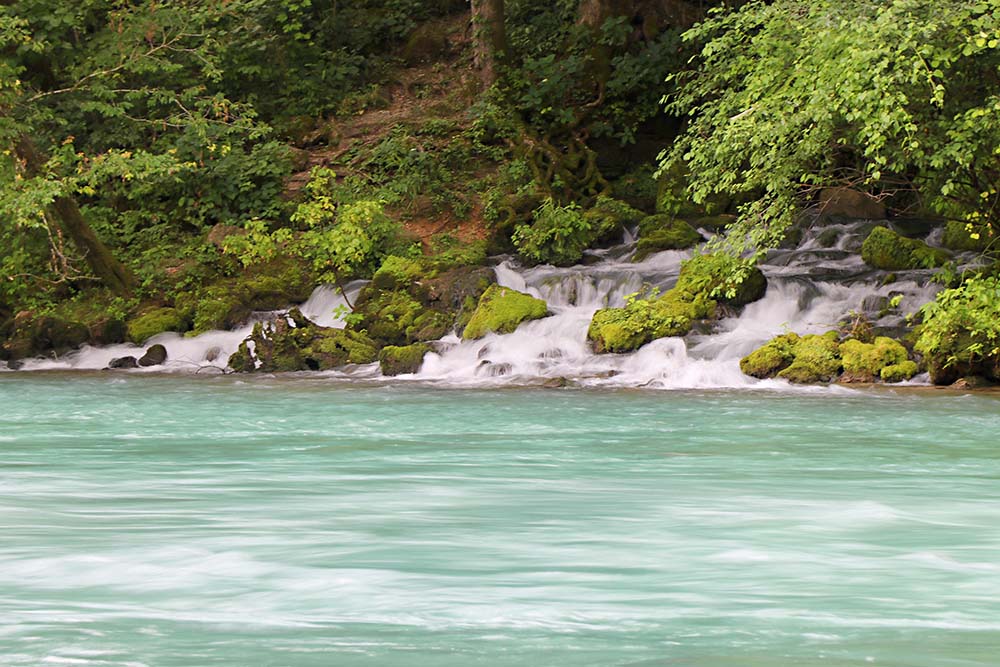 A big heart for this photo! 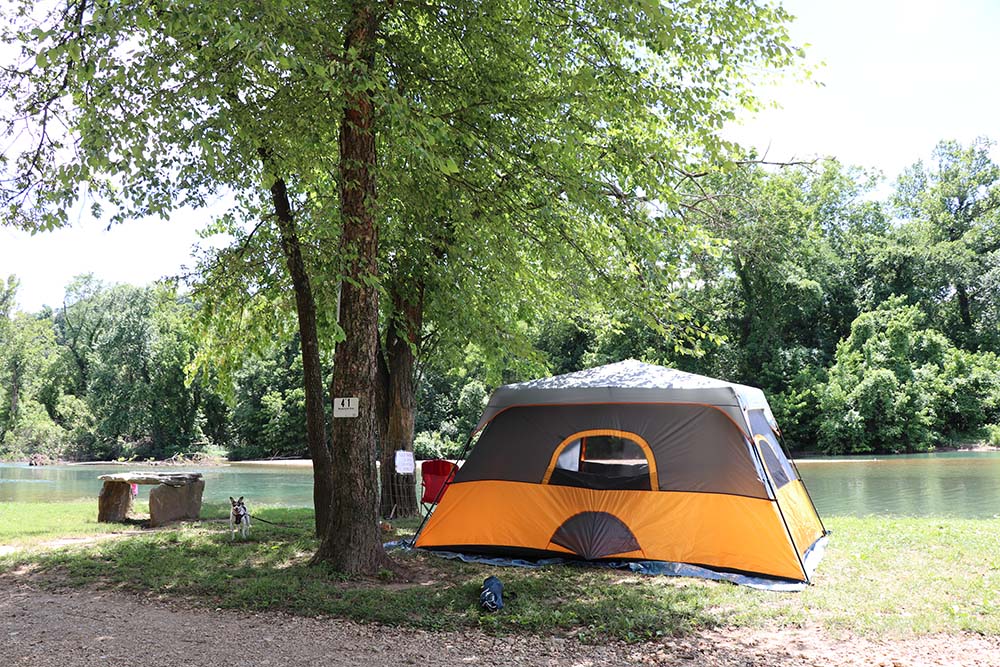 This is where we stayed the second night. It sure does seem the perfect location, but I have no idea where it is located and want to know! It is site 41. I love the stone table. I do not know if we went back to the RV camp or if we found another place.

On August 10, 2015, we stayed at the campground at Big Springs. I remember really wanting to "just relax" and that we got up early in the morning to go sit on a blanket by the spring. I believe we went back several times during the day to sit on our blanket and enjoy the scenery. So often we go to visit the spring and do not enjoy the entire campground. The campground has its own access to the river.

It looks like the pillars are remains of a bridge. I read that it was a railroad bridge. In 2021 Patti Kluesner wrote on Facebook, "That train was the Frisco and rolled through to Chicopee which is just below the Highway 60 Bridge. It switched there at Chicopee and headed back to Winona, Willow Spring and all points West. Chicopee was the end of the line. The train didn't travel on to Chilton over these old piers in my lifetime. I'll be 74 this month. The train into Chicopee picked up freight from Nichols Stave Mill, Beamer Handle Company and anything else people shipped by rail. The rail line from Winona into Chicopee was taken out in the late 60s early 70's."

Look at that root wad we sat next too! It would seem it was created by years of flooding.

River wallowing is our favorite thing to do!

I remember there being a split in the water with a gravel bar and the water was very swift, good enough for floating down and walking back up the bar. It's the little things in life that make it fun.

I took photos of the river wallowing spot at different times of the day. I do so love the hills surrounding the river.

It was so foggy early in the morning at the spring.

You cannot even see where the water is spilling out in front of the cave through the fog.

On the way down in the early morning to sit by the spring there were a lot of deer out in the field.

Our campsite. I spy the dogs.

This is the walkway down to the water.

It was more normal later in the day after the fog lifted.

These photos were taken June 19, 2014, when we went camping with our sons and their family.

These photos were taken on August 20, 2012. This is the time I came with my hubby just a month later because he was jealous that I got to go without him the month prior! I am always happy to visit here!